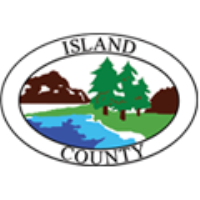 Centers for Disease Control (CDC) and Federal Drug Administration (FDA) have issued a joint statement regarding the Johnson & Johnson COVID-19 Vaccine. Currently the vaccine is on pause. Please see the full article below: Island County Public Health will be pausing use of the Johnson & Johnson vaccine and working closely with providers to keep them informed. Use of that vaccine will be put on hold until we receive further recommendations from our federal partners about how best to move forward. Safety is 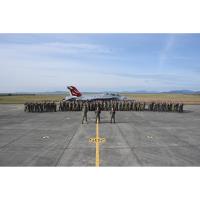 Cases of COVID-19 vaccine breakthrough confirmed in Washington stateOLYMPIA -- The Washington State Department of Health (DOH) is investigating reports of people in the state who tested positive for COVID-19 more than two weeks after being fully vaccinated. Scientists call these “vaccine breakthrough” cases, which are expected with any vaccine. Large-scale clinical studies found that COVID-19 vaccines reduced the risk of getting COVID-19 in vaccinated people by up to 95% compared to people that did not

FOR IMMEDIATE RELEASE: March 31, 2021 Skagit Valley College Cardinal Athletics announce their return to competition         The Skagit Valley College (SVC) Athletic Department is pleased to announce that the Cardinals will begin preparing for a return to competition today, with the recent decision by the Northwest Athletic Conference (NWAC).      "We are excited to announce that our student-athletes and coaches will have an opportunity to compete in their respective sports in the upcoming weeks,” said 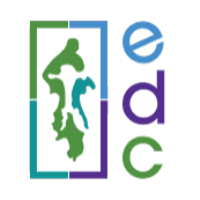 Working Washington Grants: Round 4The application portal for the newest round of Working Washington small business grants is now open at commercegrants.com. (Materials translated into 16 languages available here.) Businesses can submit applications until 5:00pm April 9. If you need help understanding eligibility or completing the application, technical assistance is available.Working Washington Round 4 offers grant relief funds to small for-profit businesses, especially those that were required to close due

As announced by Governor Jay Inslee, the State of Washington will move to 1B Tier 3 and 4 on March 31, 2021. What does this mean for Island County? On March 31, 2021 Island County will be allowed to vaccinate the following groups: People 16 years or older with 2 or more co-morbidities* or underlying conditionsAll people 60 years and olderPeople, staff and volunteers in congregate** living settings: Correctional facilities; group homes for people with disabilities; settings where people experiencing

Our Annual Campaign for Kids Fundraiser has Begun!

Our Annual Campaign for Kids Fundraiser has Begun!This year as we celebrate our 75th Anniversary, our mission has never been so important. Our Clubs have remained open and ready to take on these challenging times.   In the last year we have:• Transformed our Clubs to Virtual Learning Labs• Expanded our accessibility to WiFi• Given scholarships to all of our families to offset the unexpected cost of year long, all-day childcare.• Enlisted Mental Health support staff to work with struggling youth in the

Navy to Make PFAS Notifications to Agricultural Operations  Next week the Navy will begin making notifications to owners and operators of agricultural operations near Navy installations with known per- and polyfluoroalkyl substances (PFAS) impacted groundwater.  Notifications are required under a new federal law – Section 335 of the 2021 National Defense Authorization Act (NDAA). The law requires the Department of Defense (DOD) to work with the Department of Agriculture (USDA) to identify agricultural

Oak Harbor Yacht Club is for Everyone!

The Oak Harbor Yacht Club is for everyone, even if you do not own a boat.   We have a strong social fleet of members who with our Cruising and Sail Fleets enjoy our significant cost reductions of food and beverages.  The club also has monthly social events that range from live music to mystery theater nights.   The Privilege of Membership! New in 2021 are large discounts for Active-Duty Military families and younger members under 40 years of age.  Social members are always welcome on Cruises and sailboat