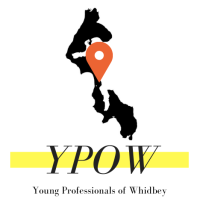 Have lunch with us at El Cazador located at 32195 WA-20 Oak Harbor, WA 98277. Jim will be speaking about how getting involved in your local community not only creates an environment of fellowship and collaboration but also how it can be beneficial for you!

Jim Woessner is a true native having been born and raised here in Oak Harbor.  Jim's roots date back to his maternal Great Grandparents arrival in 1905 where they settled a farm in the area near the Soundview Shopper in North Whidbey.  His mother Carol Oakley-Helde was a long time staffer and former director of the Local USO.

Jim Graduated from Oak Harbor High School in 1979 and, after a couple of years at college in Bellingham, returned to the Oak Harbor, married and raised two sons here in the community.

Jim has had a varied career during his years in Oak Harbor, starting out in the automotive business and then, after several years as a Real Estate developer, has settled into his current career as a Real estate Broker as well as a small business and commercial property owner.

Jim is a long time member of the Oak Harbor Rotary club and past President of the North Whidbey Lions Club.  Jim is active in the formation and direction of the Hydro's for Heroes fundraising event having raced the smaller boats in Oak Harbor bay with his brother when he was in his teens.  Jim also is the founder and voice for the annual Lions club car show having been actively involved in that fundraiser for over 37 years now.

After being widowed in 2010 Jim was fortunate to reconnect with another Oak Harbor native Carol Pike-Vinson. Together they share a historic home that they are restoring on Scenic Heights Street and they operate the Sears Hometown store downtown. Jim and his wife Joann were original partners in the Sears Dealer store, selling it in 1999.  Carol and Jim purchased the store back from Sears Holdings on Christmas day of 2016, and relocated it to Pioneer Way shortly after re-branding it as a Hometown store.

Jim -   “I feel truly fortunate to have been able to live my life and raise my family in my hometown.  It is a privilege that not many get to experience.  The community has been kind and generous to me throughout the years and I am humbled that I have the opportunity to help shape our city's future by serving as your councilmember.  I look forward to this next step in my life where I can give even more back to the community that has given so much to me.” 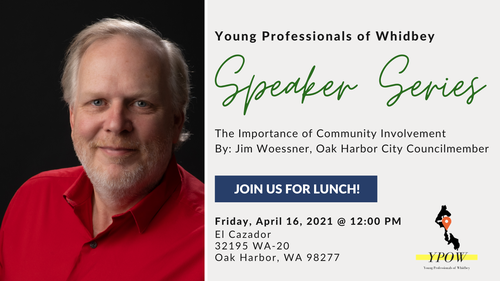